Listen to my radio ad about reducing taxes and getting more money into your pockets!

Brian: Hi, this is state Representative Brian Daniels. At the Capitol, I’ve been working hard to put more money into your pockets by cutting taxes and reducing wasteful spending.

That’s why I voted for more than $900 million in tax relief that would help Minnesotans like you, including middle class families, students, farmers, seniors, and families saving for college. 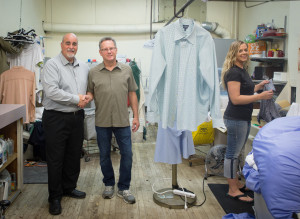 Listen to my newest radio ad on Health Care

Calista: Hi, my name is Calista, I’m an RN and have been providing health care for seniors for over 25 years.

Minnesota is facing a healthcare crisis with staffing shortages and rising insurance rates. In St. Paul, Brian is fighting to lower healthcare costs.

He voted to cut the tax we pay on health insurance in half, and voted to eliminate bonuses for executives at the failed MNsure exchange. This November, I’m voting for state Representative Brian Daniels.